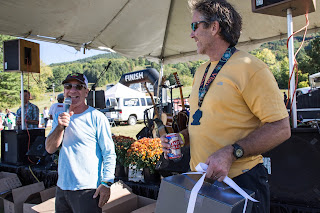 Norwich — Race director Mike Silverman originally intended to honor Todd Alexander for having accumulating 1,000 miles mountain biking the Vermont 50 last year, but a series of participant injures and logistical issues forced him to postpone the planned post-race ceremony. No problem for Alexander, whose approach to the race has always reflected his generally laid-back attitude

The 25th Annual Vermont 50 Race is SOLD OUT!

Reminder-Refunds will be given until Sept. 1