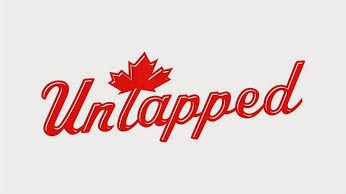 The story of UnTapped begins in Vermont.
Of course it does.
UnTapped is a startup that proposes to package maple syrup in plaid-patterned packets as portable sports fuel. It is the joint brainchild of a pro cyclist who grew up playing hockey and didn’t race bikes until he got to Middlebury, some third-generation members of American skiing’s royal family and a PR guru who used to coach Nordic at Midd. How could this story start anywhere other than Vermont?
The story of UnTapped begins with Tim Johnson bonking. This unto itself is notable: Johnson is a six-time U.S. national cyclo-cross champion, former World Championship silver medalist and, scarcely a month after that fateful summer afternoon, winner of the 2012 Green Mountain Stage Race in (where else?) Vermont. But at that moment, on July 28, he was hurting. Big-time. On a ride with his buddies, no less.

Granted, these weren’t just any buddies—at the head of the group was Ted King, a Cannondale (then Liquigas-Cannondale) rider on the UCI WorldTour circuit with two Giro d’Italia finishes to his credit and two Tour de France appearances in his future. And granted, this wasn’t just any ride—this was a 207.2-mile, 10-hour west-east Odyssey that might make Homer wonder what was so special about the one he always told people about. Calling it “200 Not on 100”(as opposed to 2011’s 200 on 100), King and Johnson organized the expedition in part to fundraise for the Colorado Red Cross, but also because, well, because.  “It’s not a typical training ride that anyone would ever do,” explains King, before amending, “Anyone who is sane.” Straight through the heart of New England, the route climbs and falls and climbs again as it snakes along the highways from Burlington, Vt., to South Portland, Maine.

READ MORE
The Vermont 50 Mountain Bike or Ultra Run was founded in 1993 by Laura Farrell. She is also the Founder of Vermont Adaptive Ski and Sports and The Vermont 100 Endurance Run
Vermont 50 is a Proud Supporter of VMBAand STAB

The 25th Annual Vermont 50 Race is SOLD OUT!

Reminder-Refunds will be given until Sept. 1