‘Thank You’ STAB and Ascutney Outdoors For Your Trailwork

Notes from On Course  from Course Guru-C. Michael Bell

Now that we’ve dialed in the 2017 Vermont 50 routes – the 50-miler, the 50k, and even the kids’ running and biking races – we thought we’d make mention of two organizations that play a key role in this event: Sport Trails of the Ascutney Basin (STAB) and Ascutney Outdoors (AO). Between them, they provide the foundation of trails and the physical event venue that the Vermont 50 calls home. 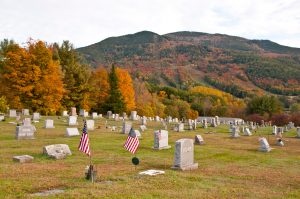 STAB is a group of outdoor recreationalists who have built the renowned Ascutney Trails network on Mt. Ascutney, along with a large system of un-mapped, non-public trails throughout the surrounding hills. While much of the VT 50 route is open only for the day of the race, Ascutney Trails is open to the public for year-round non-motorized recreation. The Ascutney Trails MTB and trail-running network] was developed and is maintained by the membership-funded STAB, which is a chapter of Vermont Mountain Bike Association (VMBA). All proceeds from memberships and donations go directly into trail building, thanks to the great administrative support and advocacy provided by VMBA! It is through these trails that participants will finish their challenge, swooping down the long smooth curves of Last Mile across the newly rejuvenated ski slopes before plunging over the skier bridge and toward the crowds waiting at the finish line.

Ascutney Outdoors is a young organization established to manage the former ski area property acquired by the Town of West Windsor in 2015, and added to the West Windsor Town Forest. AO kicked things off in fall 2015 to re-establish basic lift-served skiing on the slopes of Mt. Ascutney by building a new rope tow almost completely through donations and volunteer efforts. With the community rope tow up and running at Ascutney Trails, AO is working on other capital improvements to the base area. Most notably they purchased the former ski area base lodge, which sat for several years as a burned out shell casting an ugly shadow on the mountain. That lodge is gone now (torn down in the spring of 2017) and will soon be replaced by the new Ascutney Outdoors Center: a base camp for AO’s activities and programming, including year-round trail-based recreation, cultural events, and conservation and education programs. 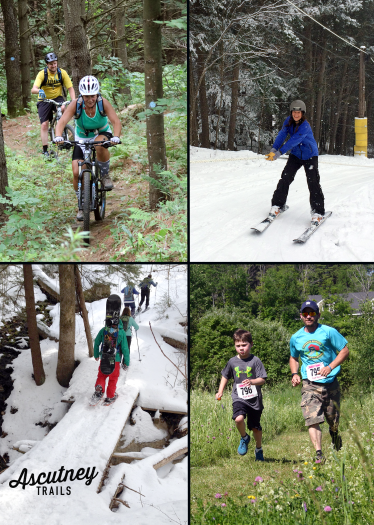 Stop by the Ascutney Trails tent at the vendor fair on Saturday afternoon when you pick up your registration packets to say hi , or to learn more about the partnership between STAB and AO, the trails, and the Ascutney Outdoors Center. If you like the trails and the venue we call home, let them know!

See you on course, less than 4 weeks to go!

ps – remember, if you’re not signed up to race, there’s still plenty of need for volunteers!

Editor’s Note: The Vermont 50 Race Committee would like to THANK the volunteers from STAB and Ascutney Outdoors-they’ve really set up some great trails for us.

VT50 Sunday-We Miss You ALL Today